nmap is very popular port scanner used to scan remote hosts in the network to primarily list open ports and also other get details such as list of online systems, OS, presence of a firewall etc.

Post scanning a remote host with nmap is as simple as passing the hostname or IP address of the remote host as an argument to nmap command.

By default nmap checks if the specified targets is up or not, scans the common ports and lists them. We can specify the target servers for nmap to scan for, in different ways. In the previous example, we scanned a single host. We will further see different ways to scan multiple target servers.

Exclude hosts from being scanned:

Exclude hosts from being scanned:

Scan with TCP instead of icmp:

In stealth scan, the source does not respond with ACK and leaves the handshake incomplete. However, the Source running nmap knows that when an SYN/ACK is received in second step, the port is open. When RST is received, this means that the port is closed and, when there is no response (i.e neither a SYN/ACK nor RST) then the packets have been dropped, meaning that there is a firewall either en-route or at the target.

nmap scans the most common 1,000 ports for each protocol, by default. However we can tweak this behaviour.

We have seen how to specify targets, specify scan type and specify ports. Now, lets try some examples combining all these. 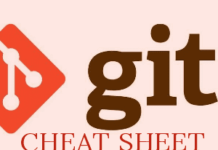